A sample containing cells in suspension is mixing with Trypan blue dye, then drawn into the Countstar Chamber Slide analyzed by Countstar Automated Cell Counter. Based on classic trypan blue cell counting principle, Countstar’s instruments integrate advanced optical imaging technology, intelligent image recognition technology and powerful software algorithms to not only provide the cell concentration and viability, but also provide the information of cell concentration, viability, aggregation rate, roundness, and diameter distribution with only one run.

Some primary cells or subculture cells are prone to aggregate when poor culture state or excessive digestion, thus causing great difficulty in the counting of cells. With the Aggregation Calibration Function, Countstar can realize a stimulation calculation of aggregations to ensure accurate cell counting and obtain the aggregation rate and the aggregation histogram, thus providing basis for experimenters to judge the state of cells.

Cell growth curve is a common method for measuring the absolute growth of cell number, an important indicator to determine cell concentration and one of the basic parameters for the culture of the basic biological properties of cells. In order to accurately describe the dynamic change in the number of cells throughout the whole process, the typical growth curve can be divided into 4 parts: incubation period with slow growth; exponential growth phase with large slope, plateau phase and decline period. The cell growth curve can be obtained by plotting the number of living cells (10’000/mL) against the culture time (h or d). 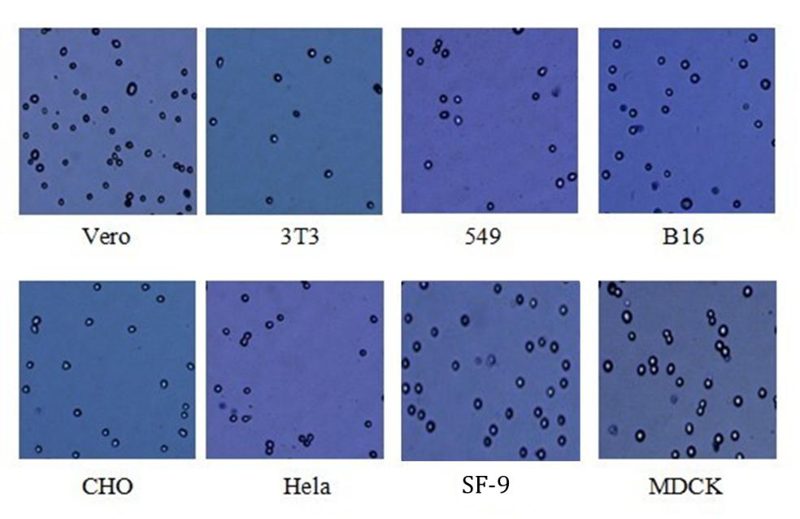 Figure 1  Images were captured by Countstar BioTech as cells (Vero, 3T3, 549, B16, CHO, Hela, SF9, and MDCK) in suspension was stained by Trypan Blue respectively.

Countstar is applicable to cells with diameter between 5-180um, like mammalian cell, insect cell, and some planktons.

Figure 2 Cell Size Measurement of CHO cells before and after the plasmid transfection.

The change of cell size is a key feature and is commonly measured in cell research. Normally it will be measured in these experiments: cell transfection, drug test and cell activation assays. Countstar provides statistical morphology data, such as the sizes of cells, within 20s.

Countstar automated cell counter can give the morphological data of cells, including circularity and diameter histograms.

Countstar products are for RESEARCH USE ONLY and are not approved for diagnostic or therapeutic use.
Copyright Countstar Inc., All Rights Reserved.